The global alcohol industry makes, distributes, promotes and sells beer, wine and spirits. Around the world, alcohol is a growing cause of ill health and the latest scientific research suggests there is no safe level of drinking alcohol.

The 2010 World Health Organization Global Strategy to Reduce the Harmful Use of Alcohol recommends countries adopt evidence-based interventions. A recent review in PLOS One updated, summarized, and appraised the methodological rigor of systematic reviews of selected alcohol control interventions in the Strategy. The authors identified 42 systematic reviews. Most reviews identified only observational studies with no studies from low or lower-middle income (LMIC) countries. Ten reviews were rated as low risk of bias. Methodological deficiencies included publication and language limits, no duplicate assessment, no assessment of study quality, and no integration of quality into result interpretation. We evaluated the following control measures as possibly beneficial: 1) community mobilization; 2) multi-component interventions in the drinking environment; 3) restricting alcohol advertising; 4) restricting on- and off-premise outlet density; 5) police patrols and ignition locks to reduce drink driving; and 6) increased price and taxation including minimum unit pricing.  The authors concluded that robust and well-reported research synthesis is deficient in the alcohol control field despite the availability of clear methodological guidance. The lack of primary and synthesis research arising from LMIC should be prioritized globally.

Alcohol use is a leading risk factor for global disease burden, and data on alcohol exposure are crucial to evaluate progress in achieving global non-communicable disease goals. A new report in Lancet presents estimates on the main indicators of alcohol exposure for 189 countries from 1990–2017, with forecasts up to 2030.

Based on these data, global goals for reducing the harmful use of alcohol are unlikely to be achieved, and known effective and cost-effective policy measures should be implemented to reduce alcohol exposure.

Alcopops comprise a wide array of low-price, sugary, carbonated, heavily flavored alcoholic beverages. They can be very strong and very large, going as high as 14% alcohol by volume (ABV) and coming in single-serving cans as large as 25 oz. Their strength, combined with their resemblance in both packaging and flavor to sodas and energy drinks, makes them extraordinarily attractive—and dangerous—for youth. Read a new report on alcopops by Alcohol Justice. 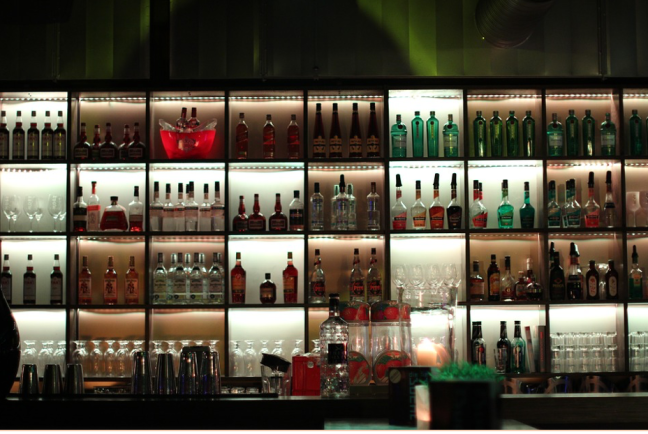 “This month, National Institutes of Health Director Francis Collins seemed to shut down a noxious ethical problem,” writes Paul Thacker, a former Senate staff member,  in The Washington Post. “The agency released a 165-page internal investigation of an alcohol consumption study that had been funded mostly by beer and liquor companies. The study’s lead investigator and NIH officials were in frequent contact with the alcohol industry while designing the study, which, according to the postmortem, seemed predetermined to find alcohol’s benefits but not potential harms, such as cancer. In several email exchanges published in the report, NIH scientists seemed to joke about taking a drink every time somebody said “cheers,” which was a proposed acronym for their study. Collins ended the trial and promised to create new ethical boundaries for how NIH officials deal with industry.  But the intellectual corruption at our government research agencies runs much deeper, and this was only the latest scandal involving hidden corporate influence. I spent 3 1 / 2 years as a Senate investigator studying conflict-of-interest problems at the NIH and the research universities it funds. During that time, I found that the agency often ignored obvious conflicts. Even worse, its industry ties go back decades and are never really addressed unless the agency faces media scrutiny and demands from the public and Congress for change.”

Credit  Source  Based on UK survey

There is a “direct link between alcohol and fatal cancers” — that’s what Irish health officials want their country’s drinkers to know each time they look at a bottle of alcohol, reports the European edition of Politico.  Even as producers of wine, beers and spirits fret about any European Commission regulation that would force them to list ingredients and calories on their products, health officials in Dublin are making a big push for what the alcohol industry considers a nightmare scenario: mandatory cancer warnings on liquor. “Reducing alcohol intake is an important step in reducing the burden of cancer,” Irish Health Minister Simon Harris said in February, ahead of submitting to the parliament a bill with proposals that include some of the toughest provisions on alcohol labeling on the Continent, including a label stating the link between drinking and cancer. “This is a landmark piece of public health legislation which will make a real difference when it comes to reducing the harm caused by alcohol,” Harris added.

In this five minute video, Michael Greger summarizes the evidence on alcohol’s role in cancer.  And in a March 2018 article in Drug and Alcohol Review, the authors conclude that the alcohol industry “appears to be engaged in the extensive misrepresentation of evidence about the alcohol-related risk of cancer. These activities have parallels with those of the tobacco industry. This finding is important because the industry is involved in developing alcohol policy in many countries, and in disseminating health information to the public, including school children. Policymakers, academics, public health and other practitioners should reconsider the appropriateness of their relationships to these alcohol industry bodies.”

Corporations use a range of strategies to dispute their role in causing public health harms and to limit the scope of effective public health interventions.  This study analyzed alcohol, food, soda and gambling industry documents and websites and minutes of reports of relevant health select committees, using standard document analysis methods.  Two main framings were identified: (i) these industries argue that aetiology is complex, so individual products cannot be blamed; and (ii) they argue that population health measures are ‘too simple’ to address complex public health problems. However, in this second framing, there are inherent contradictions in how industry used ‘complexity’, as their alternative solutions are generally not, in themselves, complex.  Corporate arguments and language may reflect the existence of a cross-industry ‘playbook’, whose use results in the undermining of effective public health policies – in particular the undermining of effective regulation of profitable industry activities that are harmful to the public’s health.

An ad for beer on the New York City subway

Last month, reported The New York Times, the Metropolitan Transportation Authority board voted to ban advertising of alcoholic beverages on New York City buses, subway cars and stations, contending that the social benefits of deterring underage drinking outweighed the loss of revenue.  After years of pressure from grass-roots organizations, the board voted unanimously in favor of the ban, which will go into effect in January.  Advocates have long said that alcohol advertising is a public health issue and that the proliferation of such advertising increases the likelihood of underage drinking.  “Alcohol advertisements on the M.T.A. are disproportionally targeting communities of color, lower-income communities and also young people,” said Jazmin Rivera, a spokeswoman for Building Alcohol Ad-Free Transit.

In a letter to the editor responding to the article, David Jernigan, director of the Center on Alcohol Marketing and Youth at the Johns Hopkins Bloomberg School of Public Health, wrote “subways are the way many New York City young people get to school every day. The M.T.A.’s decision will help reduce their exposure to alcohol advertising, and is a significant step in the right direction.”

Ireland has become the fourth heaviest drinking nation in the Organization for Economic Co-operation and Development in terms of quantity of alcohol consumed, and ranked joint third for binge drinking in an analysis of 194 nations by WHO, according to a new report in Lancet. Irish adults consume on average 11·5 L of pure alcohol per person every year, an increase of more than 100% compared with 60 years ago. Most alcohol in Ireland is now consumed at home and alcohol retailing off licenses have increased by five-fold since 1990.