Today, Food Policy Action, a national food advocacy organization, released its National Food Policy Scorecard for the 114th Congress. This is the 5th annual Congressional scorecard released by the organization to educate the public about votes taken by Congress on critically important food issues. While there was some headway on the passage of good food policies – and scores overall increased by 6 points since the 113th Congress – Washington is still falling short, showing little progress on major food policy in the last two years.

“This year’s Scorecard shows that Congress owes the American public much better leadership on these issues,” said FPA co-founder, food advocate, and chef Tom Colicchio. “Food is connected to every critical issue facing our nation – everything from our health, economy, and immigration, to labor and the environment. These issues matter to Republicans, Democrats, and independents. How Members of Congress vote on related policies has a tremendous impact on our food system.  Food Policy Action also announced its targets  and its endorsements for the 2016 election.” 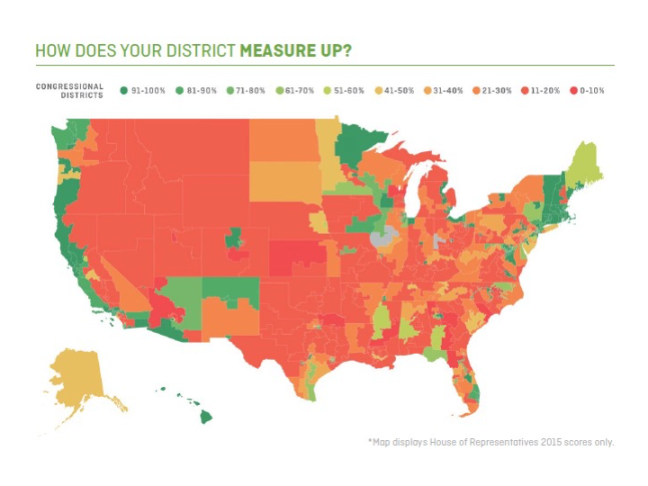 Food Policy Action was established in 2012 through a collaboration of national food policy leaders in order to hold legislators accountable on votes that have an effect on food and farming. Its goal is to change the national dialogue on food policy by educating the public on how elected officials are voting on these issues. Through education and the National Food Policy Scorecard, more people will be armed with the information they need to vote with their forks and elect more food policy leaders across the country.