In September, 2017, notes a new letter in Lancet,  Philip Morris International, one of the world’s largest tobacco companies, set up the Foundation for a Smoke-Free World, with almost US $1 billion of funding over 12 years. The Foundation claims to be an independent scientific body aiming to “accelerate an end to smoking”. Yet controversy has surrounded the Foundation since its inception; its claims of legitimacy and independence have been strongly disputed and WHO  and hundreds of public health organizations globally have taken a strong stance in rejecting collaboration with the Foundation.

END_OF_DOCUMENT_TOKEN_TO_BE_REPLACED 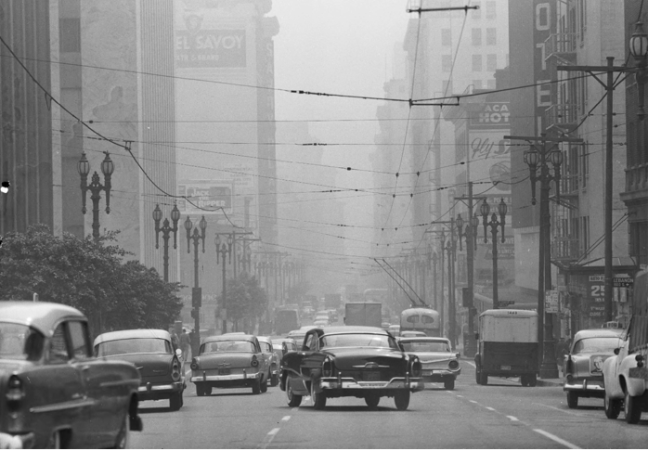 As President Trump, the auto industry and the state of California battle over air pollution standards,  a new  article in Public Health Reports analyzes the early years of 20th-century air pollution control in Los Angeles. In both scholarship and public memory, mid-century efforts at the regional level were overshadowed by major federal developments, namely the Clean Air Act and creation of the US Environmental Protection Agency in 1970.

END_OF_DOCUMENT_TOKEN_TO_BE_REPLACED

An  institute whose experts have occupied key positions on European Union and United Nations regulatory panels is, in fact, reports The Guardian, an industry lobby group that masquerades as a scientific health charity.  The revelations,  based on a  review of more than 17,000 documents  released under U.S. freedom of information laws, appear in a  new article in Globalization and Health.  Sarah Steele, the lead author and a researcher at Cambridge University said: “Our findings add to the evidence that this nonprofit organization has been used by its corporate backers for years to counter public health policies. ILSI should be regarded as an industry group—a private body and regulated as such, not as a body acting for the greater good.”  Among the companies that support ILSI are Coca Cola and Monsanto.

Agricultural Application Trends of Glyphosate in the United States According to U.S. Geological Survey (USGS) Data Credit from  new ATSDR Report on Glyphosate

A French court has ruled that Monsanto was liable for the sickness of a farmer who inhaled one of its weed killers, in another legal setback for the Bayer-owned business over health claims, reports Reuters.

In the latest stage of a decade-long legal tussle, the appeals court in Lyon on Thursday found in favor of farmer Paul Francois’ claim that Monsanto’s Lasso weed killer had made him sick and that the product’s labeling had been inadequate. Francois, 55, says he suffered neurological problems, including memory loss, fainting and headaches, after accidentally inhaling Lasso in 2004 while working on his farm.

“Mr. Francois justifiably concludes that the product, due to its inadequate labeling that did not respect applicable regulations, did not offer the level of safety he could legitimately expect,” the court said in its ruling.

Another Reuters story reported that  Bayer said it would comply with a U.S. federal judge’s order to enter mediation with a plaintiff who claims the company failed to warn against an alleged cancer risk from its Roundup weed killer. Bayer has seen $34 billion wiped off its market value since August, when a first U.S. jury found Bayer liable because Monsanto, the Creve Coeur-based company acquired by Bayer for $63 billion last year, had not warned of the alleged risk from Roundup, which is based on active ingredient glyphosate. It suffered a similar courtroom defeat last month and more than 10,000 cases are pending.

U.S. District Judge Vince Chhabria, who presided over the first two cases in federal court, said in a filing dated Thursday that Bayer and another plaintiff, Elaine Stevick, were ordered to start confidential mediation.

A third Reuters post reported that one of Bayer’s largest shareholders tore into the company’s management on Wednesday for underestimating the legal risks of its takeover of Monsanto, setting the stage for a fiery annual general meeting after a 30 percent plunge in the shares. “It’s quite drastic when a takeover triggers such value destruction and reputational damage so quickly. There can be no talk of a successful takeover anymore,” Ingo Speich, the head of sustainability and corporate governance at Deka Investment, told Reuters.

“What’s startling is that things have effectively moved beyond management’s control because we’re now at a point where the decisions over future development are made in court rooms,” he said, adding Bayer had clearly underestimated the risks.

Finally, a public health agency of the U.S. Department of Health and Human Services (DHHS), the Agency for Toxic Substances and Disease Registry (ATSDR), released the long-awaited Draft Toxicological Profile for Glyphosate.  The report supports and strengthens the 2015 cancer assessment of another health agency, the International Agency for Research on Cancer (IARC).

As the environmental group NRD Cnotes, a pattern is emerging: non-industry experts (Zhang et al 2019) and health agencies IARC and ATSDR are finding a link with glyphosate and cancer; whereas, regulatory agencies are lining up with Monsanto and Bayer that it does not cause cancer, even when reviewing the same scientific evidence.

Development and implementation of evidence-based policies is needed in order to ameliorate the rising toll of non-communicable diseases (NCDs). Alcohol is a key cause of the mortality burden and alcohol policies are under-developed. This is due in part to the global influence of the alcohol industry. The authors propose that a better understanding of the methods and the effectiveness of alcohol industry influence on public health policies will support efforts to combat such influence, and advance global health. Many of the issues on the alcohol research agenda will inform, and be informed by, research into the political influence of other commercial actors.

“Is Your Bank Loaded?” is a new report by Guns Down America, a nonprofit group, that brings together key stakeholders to push America’s largest banks to stop doing business with the gun industry and its lobby until we adopt strict laws that make firearms significantly harder to get and impose safety standards on firearms. Guns Down America and its partners reviewed public financial and legal filings to determine how much business the nation’s 15 largest banks have conducted with gun manufacturers, the NRA, and the top recipients of NRA contributions in Congress. Based on this information, we have graded the banks on a 100-point scale.

Purdue Pharma, the maker of OxyContin, and its owners, the Sackler family, reports The New York Times,  agreed to pay $270 million to avoid going to a state court trial over the company’s role in the opioid addiction epidemic that has killed more than 200,000 Americans over the past two decades. The payment, negotiated to settle a case brought by the state of Oklahoma, was far larger than two previous settlements Purdue Pharma had reached with other states. It could jolt other settlement talks with the company, including those in a consolidated collection of 1600 cases overseen by a federal judge in Cleveland. “Purdue appears to have concluded that it was less risky to settle the Oklahoma case than have the allegations publicly aired against it during a televised trial and face exposure to what could have been an astronomical jury verdict,” said Abbe R. Gluck, a professor at Yale Law School who directs the Solomon Center for Health Policy and Law.

We have seen a sharp increase in cancer drug prices in recent years, far exceeding the rates of inflation, writes Bishal Gyawaliin a chapter in a new book Cancer and Society. This increasing cost of cancer drugs has many adverse consequences not only for the economy of the country but also in clinical outcomes of cancer patients, a phenomenon referred to as “financial toxicity,” Indeed, the increasing cost of cancer drugs is no longer just a policy issue; it is also a clinical issue with clinical consequences such as increased risk of mortality, poor quality of life, and lack of adherence to medications among others. The author explores the causes and consequences of high cancer drug prices in detail and explores different strategies that have been proposed to control these costs. 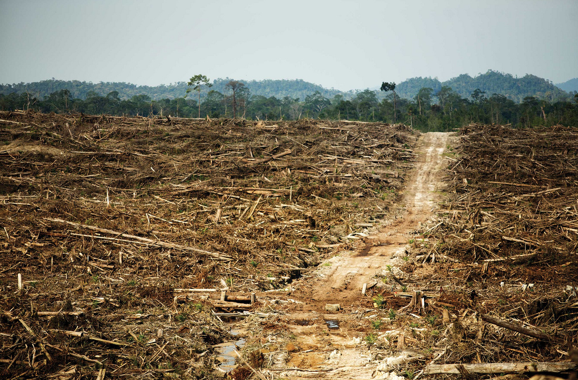 Large-scale industries do not operate in isolation, but have tangible impacts on human and planetary health. An often overlooked actor in the fight against noncommunicable diseases is the palm oil industry, reports a new article in  the Bulletin of the World Health Organization.  The dominance of palm oil in the food processing industry makes it the world’s most widely produced vegetable oil. The authors applied the commercial determinants of health framework to analyze the palm oil industry. They highlight the industry’s mutually profitable relationship with the processed food industry and its impact on human and planetary health, including detrimental cultivation practices that are linked to respiratory illnesses, deforestation, loss of biodiversity and pollution. This analysis illustrates many parallels to the contested nature of practices adopted by the alcohol and tobacco industries. The article concludes with suggested actions for researchers, policy-makers and the global health community to address and mitigate the negative impacts of the palm oil industry on human and planetary health.

Other recent reports on the palm oil industry:

Lustgarten A. Palm Oil Was Supposed to Help Save the Planet. Instead It Unleashed a Catastrophe. New York Times Sunday Magazine Nov. 25, 2018, p. 42. 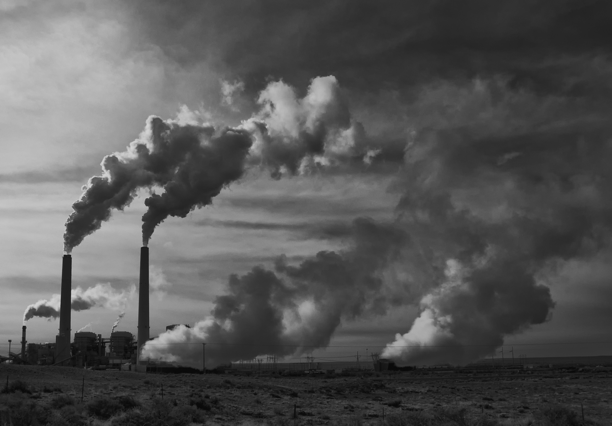 In the singular search for profits, some corporations inadvertently kill humans. If this routinely occurs throughout an industry,  this company  may no longer serve a net positive social purpose for society and should be eliminated. This article provides a path to an objective quantifiable metric for determining when an entire industry warrants the corporate death penalty. First, a theoretical foundation is developed with minimum assumptions necessary to provide evidence for corporate public purposes. This is formed into an objective quantifiable metric with publicly-available data and applied to two case studies in the U.S.: the tobacco and coal mining industries. The results show the American tobacco industry kills 4 times more people per year than it employs, and the American coal-mining industry kills more than one American every year for every coal miner employed. The results clearly warrant industry-wide corporate death penalties for both industries in America. Future work is discussed to ensure industries only exist to benefit humanity in all the societies in which they operate.

“If we know that life trumps employment because you have to be alive to work,” author Joshua Pearce of Michigan Techological University told  Michigan Tech News, “then for a company or industry to exist it must employ more people than it kills in a year. What this paper has done is set the minimum bar for industry existence.”