82% of new wealth last year went to the richest 1%- while the  poorest half got nothing, says Oxfam 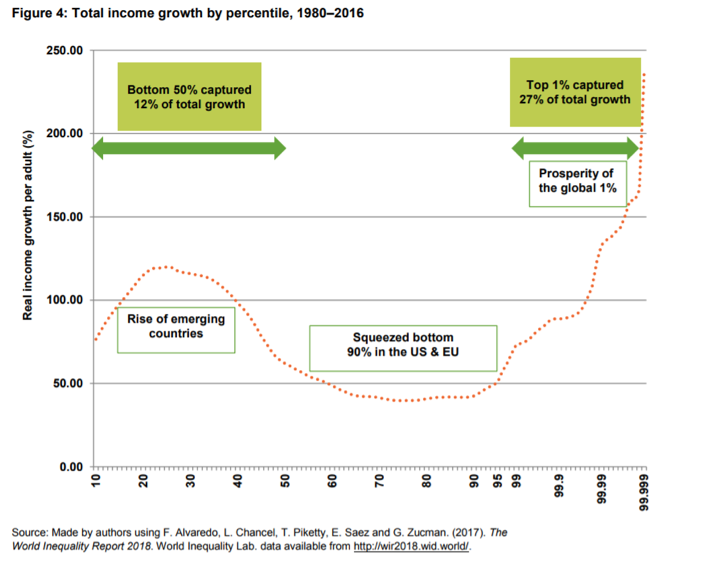 Eighty two percent of the wealth generated last year went to the richest 1% of the global population, while the 3.7 billion people who make up the poorest half of the world saw no increase in their wealth, according to a new Oxfam report released at the World Economic Forum.  Billionaire wealth has risen by an annual average of 13% since 2010 – six times faster than the wages of ordinary workers, which have risen by a yearly average of just 2%. The number of billionaires rose at a rate of one every two days between March 2016 and March 2017. This huge increase could have ended global extreme poverty seven times over.