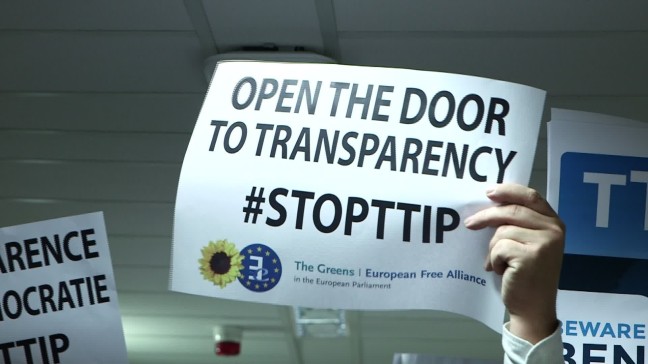 Earlier this month, Greenpeace Netherlands released secret documents from the EU-United States Transatlantic Trade and Investment Partnership negotiations. The 248 leaked pages comprise TTIP negotiating texts, including the US position, and internal EU documents outlining the state of play of the trade talks.  They are available at www.ttip-leaks.org. At the release, Jorgo Riss, director of Greenpeace EU, said: “Greenpeace Netherlands has made these documents publicly available to bring some much needed transparency to the debate on TTIP. We have seen grave concerns for environment and public health confirmed, and invite others with expertise in different areas to download these documents and analyse the impacts of this trade deal. The public has a right to know what is being traded away in their name.” The Greenpeace analysis of the documents is available here.