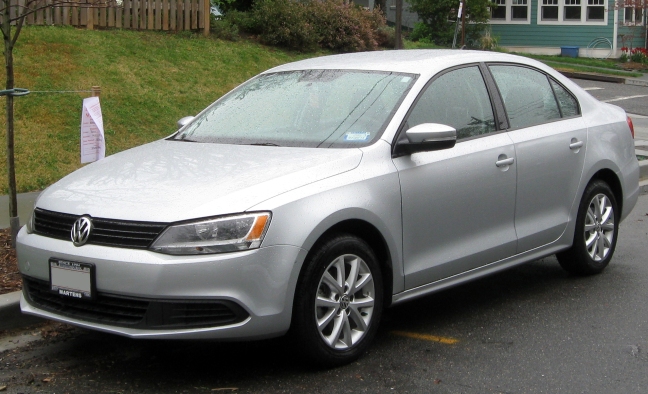 Readers of Corporations and Health Watch are familiar with the argument that the corporate practices that harm health are for the most part perfectly legal. However, recent media coverage of the scandals at Volkswagen and Johnson & Johnson led me to ask why some businesses choose to break the law. In the first, documented thoroughly in Steven Brill’s 15 chapter “docuserial” America’s Most Admired Lawbreaker posted last month on the Huffington Post Highline, the drug and medical device maker Johnson and Johnson (J&J) promoted Risperdal, an antipsychotic drug approved by the FDA for treating schizophrenia to children and older people for a much wider set of indications than those approved by the FDA. In 2013, Johnson & Johnson agreed to pay more than $2.2 billion in criminal and civil fines to settle accusations that it improperly promoted Risperdal.

In the second, the US Environmental Protection Agency found that Volkswagen, the German automaker, has been cheating in its emissions tests by designing software that under-reported the actual emissions. As The Guardian reported, the EPA discovered that almost 500,000 VW diesel cars on US roads were emitting up to 40 times more toxic fumes than allowed by law. VW later admitted that the cheat affected 11 million cars around the world. Currently state and federal lawmakers, attorneys general and regulatory agencies are investigating VW for additional violations. According to the New York Times, the VW cheat led to the emission of an additional 46,000 tons of pollution since 2008, mostly nitrous oxides, contributing to an estimated more than 100 excess deaths.

To encourage more research on corporate lawbreaking and more effective enforcement of laws that protect health, I propose five hypotheses, using media coverage of the two recent crimes at VW and J&J, to illustrate the rationale for each.

Blockbuster products earn supersize profits. For CEOs determined to show good quarterly results, blockbusters are the surest path to success. To achieve its potential as a blockbuster, Risperdal had to be prescribed for more than the relatively small number of schizophrenics for whom its use was approved, Brill wrote. J&J looked for sizeable populations with common diagnoses and easy access for its marketing agents. One candidate the company came up with was institutionalized disabled people and older people with dementia, a population where they could bypass families by getting institutional support from nursing homes and long term care facilities. J&J led aggressive marketing campaigns to make Risperdal the drug of choice in state-run mental institutions and hospitals. The other was children with Attention Deficit/Hyperactivity Disorders (ADHD) or various forms of autism. Parental concerns about their children and a stable of industry-paid psychiatrists helped J&J to dominate this promising market. To encourage more use, J&J paid doctors speaking fees based on the number of Risperdal prescriptions they wrote. A whistleblower J&J salesperson told federal investigators that company sales managers warned her not to leave promotional materials lying around for fear that regulators might see them.

In 1998, reports Brill wrote, J&J created an 83-person Risperdal ElderCare sales team whose explicit, unabashed mission was to get Risperdal into the mouths of an off-limits population. “Its only targets, according to internal budgets and sales plans, were doctors who primarily treated the elderly or who were medical directors at nursing homes.”

When the FDA voiced concerns about evidence that Risperdal caused fatal stroked in older people and led boys taking it to grow breasts, J&J challenged their findings. Stopping sales to these groups would cost J&J most of Risperdal’s profits. To achieve its 2004 goal of $1.5 billion in profits, J&J needed the widest market possible. By the fall of 2000, wrote Brill, “21 percent of Risperdal being sold was going off-label to children and adolescents, and the sales teams had been told that expanding that market was the company’s highest priority.” With only a few years left until its exclusive patent expired in 2007, J&J doubled down on the off-label promotion to these populations, thus breaking the law.

Both the FDA and the US EPA lack the resources they need to fully enforce the laws they are charged to uphold. Business groups lobby heavily to reduce what they consider regulatory burdens and contribute to the campaigns of sympathetic law makers. It took EPA eight years to figure out that VW was cheating on its emissions tests. To generate revenues for its drug testing and inspection programs, the FDA increasingly relies on fees paid by the pharmaceutical industry, setting the stage for conflicts of interest given the reluctance of agencies to bite hands that feed them.   Moreover, even when crimes are detected and fines levied they are often modest. Department of Justice officials and outside experts agree that prison sentences for corporate executives who break the law serve as a powerful deterrent but few CEOs spend time behind bars.

For J&J, Brill estimates that its total penalties and settlement costs for Risperdal may eventually total $6 billion but the company made $18 billion in profits on the drug in the United States alone and more in foreign markets. At the personal level, the director of the unit that marketed Risperdal was Alex Gorsky. He was promoted to J&J CEO in 2012 and last year made $25 million.

For the last few years VW has been in competition with Toyota to become the world’s largest auto maker, a battle played out across the continents. This year, for the first time VW topped Toyota in global sales. VW believed that clean diesel cars could help them in European markets, where diesels represents about a third of the market and help grow the small diesel market in the United States.   When VW realized that a new diesel engine developed at great expense could not meet pollution standards, they devised the deception, perhaps fearing that taking the time and expense to correct the problem would set back their competition with Toyota.

Fines for illegal off-label marketing are a cost of doing business, one J&J lawyer told Brill. The cases against his company are the “unavoidable price of dealing with a litigation system easily abused by those targeting big corporations.” In a world where all regulations are burdensome and any government interference with market forces is suspect, breaking a law here and there is almost a form of civil disobedience, a protest against an authoritarian and overreaching state.

Why is understanding why corporations break the law important? Effective law enforcement deters crime by interrupting the enablers of criminal activity. If some criminals break the law because they think they are unlikely to be caught, increasing enforcement may prevent crime. If a blockbuster in trouble is a warning sign for breaking the law, regulatory agencies could target their scare monitoring and enforcement resources on those companies and products at higher risk. If companies with one or two violations are likely recidivists, then closer scrutiny of their practices is warranted.

In the field of criminal justice, thousands of studies of low-level criminals inform policy, provide evidence for reforms, and educate advocates and policy makers. Of course new information is only one foundation for policy change and prejudice and ideology often overwhelm evidence. In public health, theories and evidence on why some companies endanger population well-being by breaking the law is sorely lacking. Protecting population health against corporate wrong doing urgently requires evidence that can better guide policy and practice.