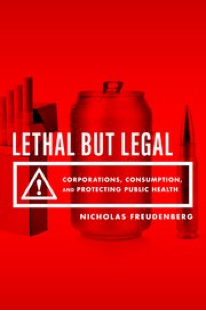 Never before in human history has the gap between the scientific and economic potential for better health for all and the reality of avoidable premature death been greater. In the past, babies died in infancy, women in childbirth, workers from injuries or occupational diseases, and people of all ages from epidemics of infectious disease exacerbated by inadequate nutrition, contaminated water, and poor sanitation. For the most part, the world lacked the resources and the understanding to eliminate these problems. As societies developed; as science, technology, and medicine advanced; and as people organized to improve their standards of living, more and more of the world’s population attained the living conditions that support better health and longer lives.

Today, the world still confronts the global health challenges of the last century. Epidemics of malaria, HIV infection, tuberculosis, and other communicable diseases still threaten well-being and economic development in many poor countries. More than a billion people live in urban slums where the average lifespan can be 35 years, half of that in better-off places where residents have certain access to adequate nutrition, clean water, and sanitation.

Now new threats have emerged. Deaths from chronic conditions like heart disease, cancer, diabetes, and stroke have surged, today accounting for more than 60 percent of the world’s deaths. Injuries have become the leading cause of death for young people around the world. Everywhere, from the wealthiest nations like the United States to the poorest countries in Africa, Asia, and Latin America, the proportion of deaths from these causes of death are growing. These premature deaths and preventable illnesses and injuries impose new suffering on individuals, families, and communities. They burden economies and taxpayers and jeopardize the improvements in health brought about by the public health advances of the previous two centuries.

Alarmingly, these new epidemics are not the result of the poverty and squalid living conditions that caused illness and death in the past, even though chronic disease and injuries afflict the poor much more than the rich. Nor are they the result of ignorance and inadequate science. For the most part, we understand the causes of these illnesses and injuries enough to prevent them. What we lack is the political will to implement the needed preventive measures. Even worse, in some cases the growing health burden is the result of new science and technology, which have been used to promote profit rather than prevent illness. These new epidemics of chronic diseases and injuries are instead the consequence of what most people thought were the remedies for poverty-related ill health: economic growth, better standards of living, and more comfortable lifestyles.

While many factors contributed to this global health transformation, Lethal but Legal focuses on what I consider to be most important and most easily modifiable cause: the triumph of a political and economic system that promotes consumption at the expense of human health. In this book, I describe how this system has enabled industries like alcohol, automobiles, firearms, food and beverages, pharmaceuticals, and tobacco—pillars of the global consumer economy—to develop products and practices that have become the dominant cause of premature death and preventable illness and injuries. This system was born in the United States and has now spread around the world.

In a global economy that focuses relentlessly on profit, enhancing the bottom line of a few hundred corporations and the income of their investors has become more important than realizing the potential for good health that the world’s growing wealth and the advances in science, technology, and medicine have enabled. This tension between private accumulation and public well-being is not new. But in the twenty-first century, it has come to shape our economy and politics in ways that profoundly threaten democracy, human well-being, and the environment that supports life. Paradoxically, the increasing concentration of power in the small number of the world’s multinational corporations also presents new opportunities to create another healthier and more just future.

Lethal but Legal is available online from: