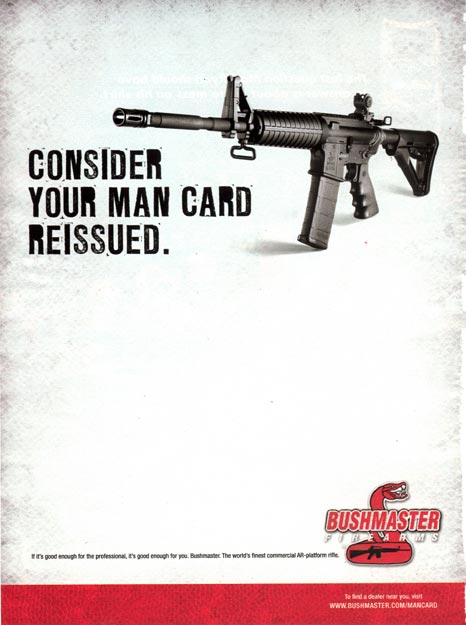 The decline in gun owner was most precipitous among younger Americans, reports the Times.  Household ownership of guns among elderly Americans remained virtually unchanged from the 1970s to this decade at about 43 percent, while ownership among Americans under the age of 30 fell to 23 percent this decade from 47 percent in the 1970s. The survey showed a similar decline for Americans ages 30 to 44.

As shown in the chart to the left, consumption of carbonated soft drinks, sugary and diet beverages associated with a variety of health problems, has also declined in the United States.  It fell from a high of 2.4  eight  ounce servings per week in 1998 to a low of  just under 2 in 2011, a drop in per capita consumption of about 16 percent since the peak in 1998, according to Beverage Digest, a trade publication.

What’s the connection between the declines in these two very different legal but lethal products?  In both cases, demographic changes in the consumer market and public health campaigns contributed to decreased sales.  In both cases, the response of the industry was to amplify its marketing and lobbying campaigns in an effort to reverse these declines.

The gun industry stokes the apprehension that each mass shooting and each proposed gun safety measure may lead to the confiscation of the more than 300 million guns American own.  The NRA has learned that generating fear helps to sell guns, further strengthening  its alliance with the gun makers who help to fund it.  For the gun industry, declines in sales have led to new efforts to advertise to men (“Consider your man cared reissued”, says Bushmaster) and women. The New York Times described an advertisement by Colt in the 1990s that showed a mother tucking a child into bed — “Self-protection is more than your right … it’s your responsibility,” the ad said.

According to the Wall Street Journal, a prolonged drop in U.S. soda revenues would represent a serious blow to the beverage industry since soda represents nearly 25% of the U.S. beverage market.  For decades, its massive scale has also guaranteed profit margins for decades.  To counter the threat, PepsiCo has invested hundreds of millions of dollars in marketing to turn around its U.S. soda business after losing market share to Coke. In January, Coke launched new television ads this week to counter consumer concerns about obesity and moves by officials to restrict soda sales.

So here’s the problem:  public health successes in reducing demand for unhealthy or dangerous products leads industries to double down on marketing the unhealthy product in an effort to overcome declining sales.  This effort can take several forms. It can lead to increased advertising to the same market or to new market segments (e.g., youth, women, Blacks and Hispanics) that are seen to present opportunities for growth.  Or it can lead industries to take their unhealthy products overseas—the soda industry is hoping to restore global profits in China, India and elsewhere.  Finally, as we have seen with the gun and soda industries, the campaign to restore sales can lead to aggressive political efforts to discredit the science and public health messages that contribute to declining sales or to remove or water down regulations or taxes that might further discourage sales.

In these cases, corporations are simply fulfilling their mandate to maximize profits. For public health, however, this hypermarketing and hyperlobbying presents a “can’t win for losing” dilemma.  If our successes accelerate the very practices we seek to end, then perhaps we need to consider broader and deeper strategies for modifying the business and political practices that harm public health.