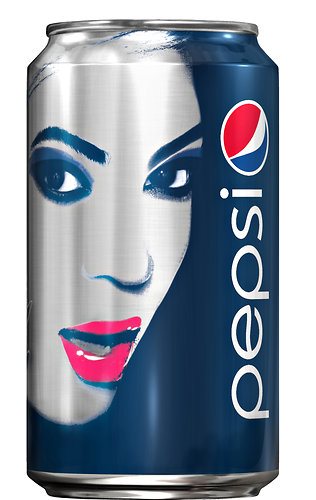 Beyoncé, the pop star, and PepsiCo, the soda company, have signed a new deal to promote each other, reports the New York Times.  The multiyear campaign, estimated to cost $50 million, will bring benefits to both parties. “Pepsi embraces creativity and understands that artists evolve,” explained Beyoncé. “As a businesswoman, this allows me to work with a lifestyle brand with no compromise and without sacrificing my creativity.”

For Pepsi, explains the Times, “the goal is to enhance its reputation with consumers by acting as something of an artistic patron instead of simply paying for celebrity endorsements.”  “Consumers are seeking a much greater authenticity in marketing from the brands they love,” said Brad Jakeman, president of Pepsi’s global beverage group. “It’s caused a shift in the way we think about deals with artists, from a transactional deal to mutually beneficial collaboration.”

Unfortunately, not everyone benefits from such collaboration.  While many factors have contributed to the rise in obesity and diabetes, no product has been more consistently implicated in the rise than the sugary beverages that are the lifeblood of Coke and Pepsi’s profits.  In the first six months of 2012, the two companies spent $148 million to promote their products on TV, radio, print and digital ads, what’s known as measured media.  They spent much more advertising in other countries around the world, nation’s whose obesity and diabetes rates are also rising.

Can public health advocates play a role in discouraging multimillionaire celebrities from sickening the fans that made them rich?  (According to Celebrity Networth, Beyoncé’s 2012 net worth is  $350 million.)

Abdul El-Sayed, a social epidemiologist and physician-in-training at the Columbia University School of Public Health, has an idea.  In a recent post on the 2 X 2 Project, a blog of the Department of Epidemiology at Columbia University, he writes an open letter to Lebron James. James, the Miami Heat basketball star, has contracts with Coke and McDonalds.  In his letter, El Sayed writes:

LeBron, your agreement to advertise Sprite for the Coca-Cola Company is worth $16 Million over six years. Let’s do a little math to estimate how much sugar you’ll sell to our kids over that period.

Assuming that Coca-Cola breaks even on the deal (which is at least what it will do), then you should make the company back at least $16 million over six years. Coca-Cola makes about 21 cents on the dollar over all the products it sells, and a 20-ounce Sprite costs $1.39 on average. If Coca-Cola makes the same profit on 20-ounce Sprites, that means that you’ll have sold at least the equivalent of 54.4 million 20-ounce Sprites over the course of your six-year contract. Now, each one of those 20-ounce Sprites has 16 spoons of sugar in it, so LeBron, you’re responsible for selling over a billion spoons of sugar. Not to mention all of the McDonald’s grease you’re selling.

Beyond the billion spoons of sugar and the millions of Big Macs you’ll sell, perhaps the worst impact of your endorsements is the confusion it creates in kids’ minds.

Children see you accomplish extraordinary athletic feats on the basketball court night in and night out. At the same time, though, they see you supporting products their parents and doctors tell them are unhealthy. As young, impressionable children, that creates confusion about what is and is not healthy for them. After all, kids must think, how can Sprite and McDonald’s be unhealthy if LeBron James, the pinnacle of sports, is telling me to buy them?

The open letter to James ends with a plea:

In the end, whether you like it or not, you are a role model in our society. Kids look up to you—many want to be just like you. While it may be unfair to expect that you weigh in on all of society’s problems, you do have particular weight when it comes to this one, which you represent—whether you like it or not—as an athlete. Don’t allow yourself to be used as a tool to confuse the messaging about what is and is not healthy for our kids.

LeBron, if you’re reading this, I know you know how to step it up and lead: I watched you do it in the finals against OKC, and I watched you do it again this summer in London. This is your opportunity to step it up in a bigger way. Be the leader we know you can be, and take a stand against endorsements for companies that are making our kids obese.  Just like on the court, if you lead, others will follow.